We have the greatest range of red semen available in Australia and some outstanding semen from our award winning bulls.

In 2015 we sold over 500 straws to commercial Angus breeders to use on their females to moderate their size and supply a branded grass fed label. The early maturity pattern, length, muscle pattern and structural correctness of my bulls was the selling factor.

All pedigrees of these bulls can be found in the Ausline Cattle Association’s database at www.auslinecattle.com.au

1.VITULUS HAS TO BE RED EDe

The only bull whose semen has been collected in Australia for export that carries the true red gene. Already stored in the USA. Price: Semen $55. All AI certificates $100. This bull is needed for those who want to expand their red genetic pool. He is a big framed bull with great carcass traits and this is already showing in his progeny. We will be showing a number of his progeny in 2017 both in the showing and in 2018 in carcass competitions.There is no domestic semen available on this bull. This photo was taken at Vitulus in October 2015 when these measurements were recorded. 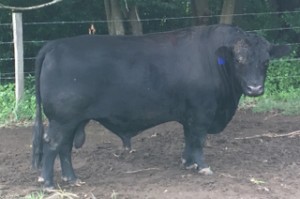 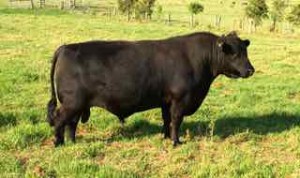 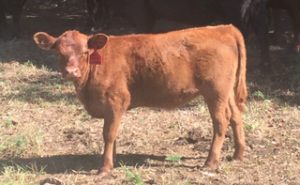 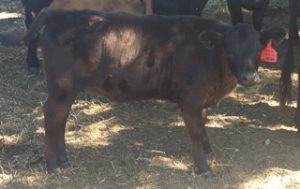 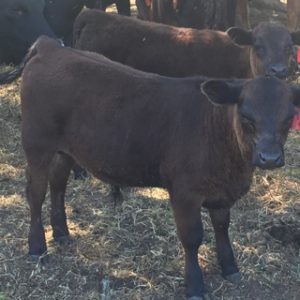 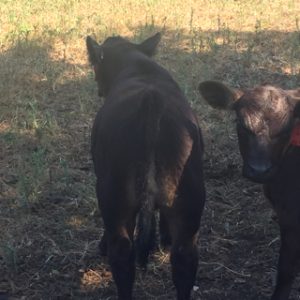 Already stored in the USA. Price: Semen $35. AI certificate $100 fullblood & $35 percentage. This is one of the top bulls we have ever bred. He has won over 30 Show championships and his progeny are already winning show and carcass competitions. Combining moderate size with easy fleshing and excellent carcass traits his genetics are a number #1 source for producers of grass fed and speciality beef. He has lots of eye appeal and presence and offers tremendous depth of rib and muscle shape.

This bull also has the true red gene.  He is a fullblood registered in the Canadian Lowline Assoc, American Lowline Assoc and the Ausline Cattle Assoc.

He has already at just two years of age won a number of Royal Show awards with the recent being in November 2013 at the National Canadian. If you want to breed reds or expand your gene pool then this is the bull for you. We will be showing his progeny in 2016.

Qualified for Australia only. Sorry all sold out.

This is our second red bull collected. He won Grand Champion RedLine bull at Royal Toowoomba Show and is our biggest red bull to date.

A really big strong carcass bull with a great volume and depth who produces the beef. He has fantastic Genestar results giving him 16 stars.Perhaps one of the better bulls we have bred, although we never showed him. 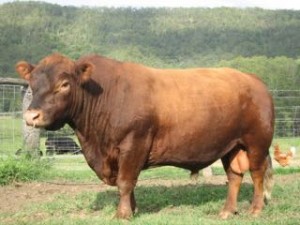 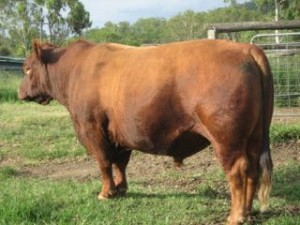 Our first RedLine bull in Australia with semen collected. The only red Ausline in the world collected for export.  An exceptional well muscled bull. He was the founding father of our red herd.

At over 660kg Zeffirelli is an outstanding example of the breed. Has exceptional length and a deep muscle pattern. His progeny are already excelling in the show arena, both in Australia and the USA, and the carcass environment.

GeneStar
1-star for Marbling, 7-stars for Tenderness,7-stars for Feed Efficiency

9. Kintyre Robert the Bruce $35 per straw 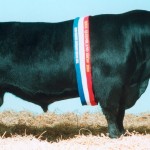 Qualified for Malaysia and  Australia.

One of the most successful Lowline bulls ever bred. Has exceptional length and the most docile nature. Showing lots of maturity and mobility. He is the type of bull that will perform in both the stud and commercial environment.

His semen is licensed for Australia and Malaysia. The only Lowline Bull to be licensed for export to Malaysia, as quarantine requirements are a minimum of six months.

GeneStar
1-stars for Marbling, 5-stars for Tenderness,6-stars for Feed Efficiency

Qualified for  Australia and New Zealand

Grand & Senior Champion Bulll of the Royal Sydney Show in 2006. An outstanding big long strong bull whose genetics have already been very successful in the USA.You should see what his genetics are doing in the USA!

GeneStar
1-stars for Marbling, 5-stars for Tenderness,6-stars for Feed Efficiency


Qualified for  Australia and New Zealand

Vitulus Winner is has a lovely soft muscle pattern with an EMA of 102. The photo of him is in paddock condition and he just never seems to look any different no matter how females he is with. Sired by Gunna Gumpy Hercules and out of Vitulus Tess who comes from a fantastic milking line and his current drop of calves are awesome. Senior Champion Bull Royal Toowoomba Show 2004

Qualified for  Australia and New Zealand

Acquisition is sired by Vitulus Yes Yes Yes. He is an excellent example of the Lowline breed with a placid temperament and well muscled.

GeneStar
1-stars for Marbling, 4-stars for Tenderness,6-stars for Feed Efficiency

NOW Stored in the USA.Qualified for  USA, Australia and New Zealand

Dundee, now deceased, is the sire of Kintyre Robert the Bruce. Dundee was an excellent example of the Lowline breed with a placid temperament, well muscled and very fertile. His offers different very old rare genetics .

GeneStar
2-stars for Marbling, 3-stars for Tenderness,6-stars for Feed Efficiency

Kelvin was purchased for his different genetics and the fact that we he is a big framed long bull. He has worked

well in producing genetics that will appeal to the commerical producer. He was Grand Champion Bull at Royal Sydney Show.  We have showed quite a few of  his progeny. He is deceased now.

GeneStar
2-stars for Marbling, 6-stars for Tenderness,5-stars for Feed Efficiency